Looking Back, and Moving Forward

I am a fashion designer.  I know you know that, right?  Maybe what you didn’t know, I’m also a storyteller.  When I retired, my goal was to write a book.  In fact, my chosen academic path reflects this as I studied creative writing.  Obviously, that path has diverged.  Today, however, they will merge again.

This tale begins in a classroom, an ordinary room somewhere on The Auraria Campus in downtown Denver. In 2016 I began to sew.  I was also well into my last semester of an undergraduate degree in English.  Of course, I was a much better writer than a seamstress then.  Still, it was time to expand my fashion repertoire.  For this, I needed a “collection”, not just a series of unrelated pieces that were, quite frankly, me just attempting to learn the angles of the body.  I needed a cohesive and dazzling set of clothes if I were to label myself a fashion designer.  The world around had always sparked my creativity in the art and craft of writing.  Logically, it needn’t be different for my newfound artistry.    I, the consummate biker, decided that inspiration had come from a young woman in my class (a story for another day).  “Hey, I’m learning to be a fashion designer, wanna help?”  Where she found the courage to agree, I have no idea.  I’ve often thought about what if she had declined.  Fortunately, she didn’t.  And for the next few weeks, I designed and constructed what would be my first true collection.  It took numerous fittings (somewhere around 15), a ton of seam ripping, and finally, it was complete.  The rest is history.  By the spring of 2017, we had shown on the biggest runway in Denver, and by the end of 2017, we had a runway in New York under our belt. 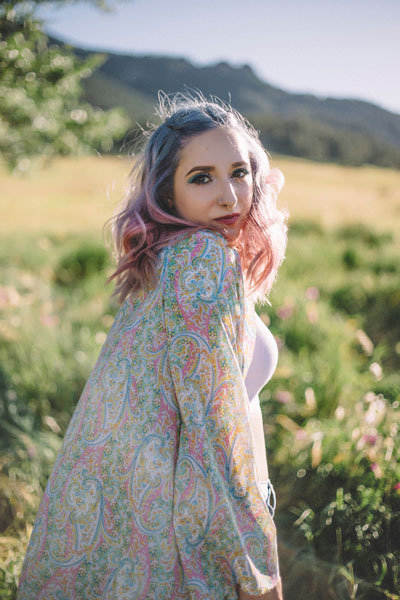 Who is she, and how in the world does that matter?  I’ll tell you.   Her name is Silvana Onofrio.  In terms of the brand, she is the second most important woman in the history of Duane Topping (Jamie, my wife, being number one of course).  Without her plunge into the obscure world of fashion, we wouldn’t be here today.  What many don’t know about Silvana though, is she put so many hours into learning how to be a model.  Tirelessly she practiced the technical skills it takes to model.  Like me, everything was new, it was a chance to take on a challenge and be a part of an adventure.  Silvana seized onto that notion with both hands.  So, it is far more than her saying, “yes”, it’s that she believed in what I was trying to do, a took on the task with the same passion.  Connecting to my journey, believing in the message, has always been, and will always be, the measure of our success.  So, it is in that way, that symbolic muse of faith that Silvana has become, which makes her such an important component, and an integral part of our history.

Now, here we are, at the end of our third year.  We set out 12 months ago to refine and reimagine the brand.

New name, new logo, different looks, and most importantly, landing on who we are as a brand.  We truly have become MORE THAN A LABEL.   We finished the year with a collection centering on perspective.  Debuting at Phoneix Fashion Week and then during our second season at Kansas City Fashion Week, these pieces entice you to look at things differently.  Maybe use a different lens to see what fashion can be, what a designer looks like, and along the way see yourself as more than a label.  Sadly, we’ve had some obstacles.  Friends have disappointed, and ego has attempted to wield its heavy hand on our future in fashion.  It may seem a dramatic description, for us, it felt like a tragedy.  We’ve spent so much of our energy guiding our growth with heart and not head that the recent events took an emotional toll.  Ironically, it forced us to rethink our own perspective.

In looking ahead to our future, it was important to look back at the road we’ve already traveled.  Look for the mistakes, finding the places where we made a wrong a turn.  Then using that to formulate a better route going forward.  Unfortunately, there will be things that must be left behind.  Anchors that have slowed us down must be released, and the choices we’ve made with heart will now be made with thought.  We will still celebrate many of those things with vigor because without them we wouldn’t be here either.  We had to rethink how we saw the negativity.  Instead of those obstacles feeling like rough sandpaper trying to rub away the skin, we are a sculpture.  And that sandpaper is there to refine, and remove the rough edges, to leave something better behind.   But also, in looking back, we discovered things along the road we overlooked.  We traveled that road awful quickly, and in speeding away, we didn’t look around.  We are now.

We’d like to reintroduce you to Silvana, our first model, the first one outside of our basement that believed in the brand.  She has become family since then.  We have watched her path like one of our own children, as she has grown into a confident woman.  We have discovered, even after 3 years, she still embodies the brand, Duane Topping.  She is more than a model, more than a writer, she is MORE THAN A LABEL.  Silvana has struggled with her identity as it slams against the classifications of the world and found a path to strength.   We encouraged her 3 years ago to find herself, and now, we’d like to invite you in the coming weeks to follow her journey as we inspire together.  She is “out of the box” and insightful, witty, and intelligent.  Her struggles and accomplishments are real.  Beginning in December, she’ll have her own place on our website.  A new year and a new Blog.  Share in her path and find a piece of yourself in her story.  Then, be ready to become MORE THAN A LABEL.

If you never want to miss a word, a tear, or a laugh, please Subscribe to Our Blog.